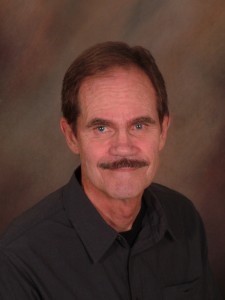 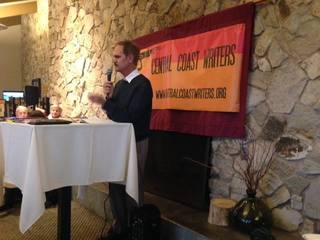 So many fun events were canceled or held virtually during the pandemic! At long last, Mark is re-emerging from his home office to join the in-person writing world again.

He is grateful to be among the first writers and artists who will be in residence for three weeks this spring (2022) at the Vermont Studio Center. The beauty, serenity, and stimulating creative environment provided by the staff and founders of this retreat is difficult to express in words -- Mark heartily recommends it to all writers and visual artists!

While there, he will continue work on two historical novels. One of them is based on TAMING JUDITH, his award-winning screenplay about the mysterious reasons why William Shakespeare penned changes to his will, shortly before death, cutting one daughter out of it. The second is about Jack London, adventurer and novelist, and the rarely credited African-American woman who raised him during the first years of his life and supported his work until he died at the age of 40.

A SAMPLING OF EARLIER, Pre-pandemic EVENTS:

May 4, 2019. Mark was luncheon speaker at the Gold Rush Writers’ Conference in Mokelumne Hill, CA.

April 27, 2019, he presented a panel at the Folsom Library’s Author Expo, “Paths to Publication.”

November 11, 2017, Mark talked with a panel of distinguished authors about the “Hand of History” in writing novels at the Barnes & Noble bookstore, Roseville, CA.

November 7, 2017, he spoke along with other historical novelists at the San Francisco Library, Main Branch on the topic, “California Fiction: Mining for Literary Gold.”

September 21-24, 2017. Mark presented a workshop, “Worth a Thousand Words: Using Images of the Past to Improve Historical Writing” at the Historical Writers of America conference on the Santa Ana Pueblo, New Mexico.

March 21, 2017, Mark spoke to the Central Coast branch of the California Writers Club on the topic, “Bringing Famous Personalities of the Past to Life in Fiction,” in Pacific Grove, California.

November 9, 2016. Mark was proud to be the featured presenter at the Robert Louis Stevenson Museum in St. Helena, California during the museum’s “Stevenson Week” that commemorated RLS’s birth!