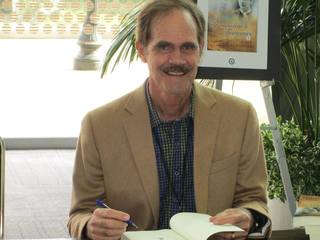 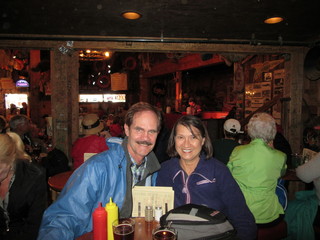 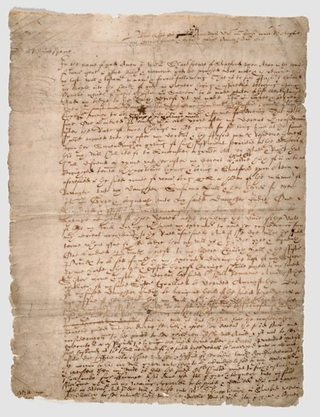 Mark Wiederanders writes historical fiction based on dramatic, quirky, and little-known events in the lives of famous persons. Each story draws on original sources -- personal letters, artwork, news accounts, and other artifacts -- to flesh out characters and motivations behind behaviors that range from heroic to depraved, and from scandalous to transcendant. For example, in Stevenson's Treasure (Fireship Press, 2014), the author depicts Robert Louis Stevenson's wild journey from Scotland to California to woo a married American as the life-or-death struggle that gave him a guiding metaphor with which to write his first international bestseller, Treasure Island. Other famous subjects for Mark's fiction include William Shakespeare's daughter Judith (an award-winning screenplay and novel-in-progress), and California author Jack London (also a work-in-progress).

A native of San Francisco, Mark grew up playing baseball, football, competitive swimming, and tennis. Besides sports, he had a passion for drawing animated flip-books. At ten, he won an essay contest about who should be "Father of the Year" for a Monterey Park, California newspaper. The prize: a $25 US Savings Bond for Mark, and a gold Bulova watch for his dad. Although Mark felt bummed that the bond took ten years to reach full value whereas his dad got an expensive watch, he'd caught the writing-bug. Although he didn't realize it at the time, the mixed feelings about the award provided the context - complicated family dynamics - for all of his later fiction.

He majored in psychology at California Lutheran University and then earned a Ph.D in psychology from the University of Colorado. Settling with his wife and young family in Sacramento, Mark began a career as a research psychologist who studied delinquency, violence, and the criminally insane. At nights he began writing fiction as a break from the dire situations of his work clientele. With his youngest daughter, Annie, he co-wrote a children's story, The Dinosaur Egg, that placed First in a Friends of the Library Competition. A few years later, his screenplay about William Shakespeare's family life, "Taming Judith," was a top-ten finalist in the Academy of Motion Pictures' Nichol Fellowship competition. The script was optioned and re-optioned by a Los Angeles film company, talent was attached, and a feature film was "almost" produced - several times!

An early draft of Stevenson’s Treasure placed in the Short List for Finalists in the Pirate’s Alley Faulkner Society’s Novel-in-Progress competition, and in 2016 the published novel was named a finalist in the Eric Hoffer Book Awards. He is an alumnus of the Community of Writers Workshops, was a scholar at the Folger Shakespeare Library in Washington, DC, and earned residencies at the Vermont Studio Center, the New York Mills Cultural Center, and the Martha's Vineyard Writers' Residency.

In 2018, Mark's writing stopped for a long while - writing became impossible - when his daughter Annie was diagnosed with stage 4 cancer. After a brave battle, she passed away in August of that year. Views of life, what things are most important, and the fleeting nature of our time on earth changed during this time of profound grief.

But life moves forward. Slowly there is re-emergence. Writing became possible, even welcome again, especially with encouragement from wife Esta, daughter Sarah, son John, and four grandchildren who live their own fascinating lives in Northern California.